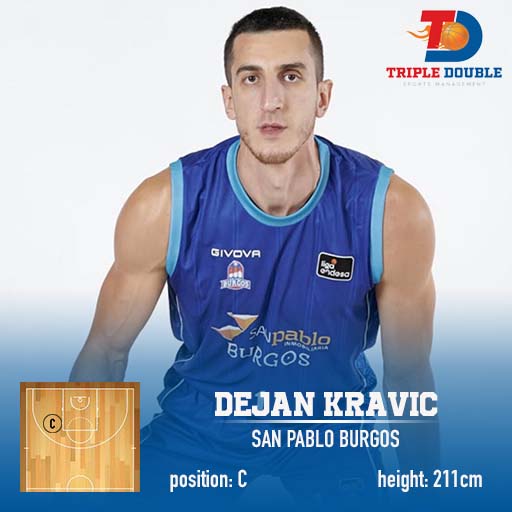 The Texas Tech product Dejan Kravic is definitely one of the most interesting ‘big men’.

The athleticism he possesses at his size is simply incredibile and coupled with his ball handling ability, makes him a fantastic matchup.

The Serbian ‘big man’ is great on P/R and he has shown great improvement in the past two years.

Kravic also runs the floor hard in transition, sprinting ahead of guards and providing easy lob target at the end of fastbreaks.

He is a member of the Italian historic powerhouse and Fiba Champions League team – Segafredo Virtus Bologna.

Kravic was invited by the Serbian National Team for the World Cup Qualifiers in 2019.

One thing is sure about Dejan-that the best is yet to come.

Dejan won the Basketball Champions League trophy in 2019, and after superb season with Virtus Bologna moved to the powerful ACB league and signed with Rio Natura Monbus Obradoiro CAB.

In 2020 Dejan won Champions League trophy again,and he is the second player in the BCL history who has won back to back Championship!

Dejan had tremendous season with Burgos,since he became the Champion of the Basketball Champions League two times.

He is the only player in the history of the competition with three trophies!