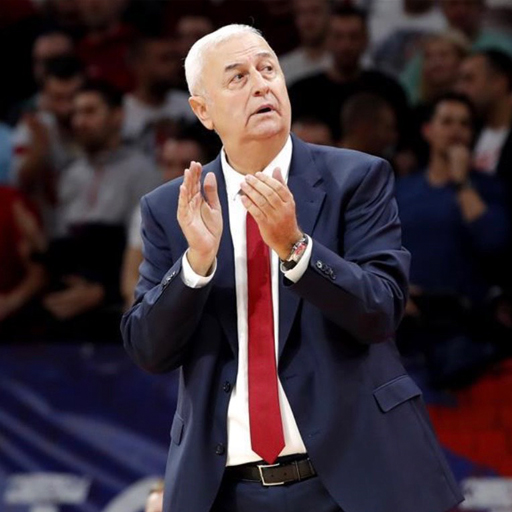 One of the most legendary coaches, who has made a miracle in the season 2017/2018,winning two trophies with AEK Athens!

Sakota brought the European trophy back to AEK Athens,after 50 years,in front of the 22000 fans,in Athens on Fiba Champions League,Final Four.

Besides that,he also won the Greek Cup, beating Olympiacos in the Final.

He added this two trophies to his treasury, since he has won many of them during his rich and successful career.

Dragan holds a Serbian and a Greek passport.

He was also the Head Coach of the Serbian National Team and the coach of important european teams such as Olympiacos, Red Star Belgrade, Paok Thessaloniki and Fortitudo Bologna.

Sakota is a high class coach and holds experience, knowledge, charisma, composure and most of all a great relation with players and managements.

He discovered  and coached many European and Nba stars such as Diamantidis, Zisis, Bourousis, Stojakovic, J.R Holden, Willbekin and many more.

His biggest advantage is that he can turn a bad situation into a good one and change the direction of the season.