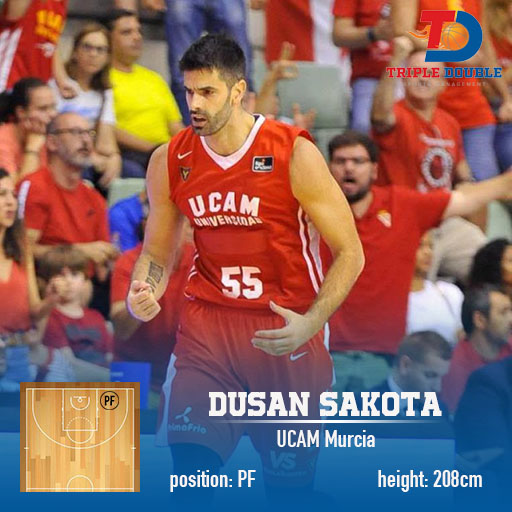 Captain of the Greek historic team AEK Athens, and the current champion of the Fiba Champions League and Greek Cup Winner.

Dusan is without a doubt, one of the best shooters in Europe on his position.

He played 5 years in the Euroleague, under the best European coach – Obradovic and is one of the players that every coach would like to have in his team.

Sakota is a born winner, this is his main characteristic, as are his sharp shooting and scoring abilities.

He has improved his body strength and can be also used as a solid defensive player.

Dusan is leading his team AEK also in the season 2018/2019 and he will try to win the back to back trophy in the Fiba Champions League.