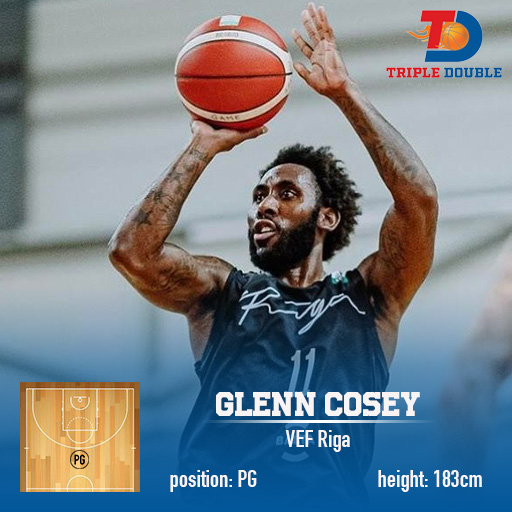 Cosey is the point guard with leadership skills!

Glenn had a great college career at Eastern Kentucky.

In his senior year he was averaging 18ppg 4apg while shooting 44% for 3pts!

He is not only a great shooter, but he also gets everyone else involved.

His specialty, though, is shooting.

He’s not afraid to shoot from far out, or to have the ball when big plays are needed.

Cosey is at the forefront of that philosophy, whether taking shots himself or finding them for others.

Glenn played in the important Championships in Europe,but his best games and performances were in the last two seasons.

Last season,Glenn was one of the best players in Adriatic league,where he averaged 16ppg and 5apg while shooting 44% for 3pts.

In season 2020/2021 Glenn leads the biggest surprise of the strong Greek Championship,Bc Lavrio to the 1st place in the regular season!

Glenn had a great season with the Greek team Lavrio,and in the summer 2021 he signed with ambitious Turkish team Yalova Spor.