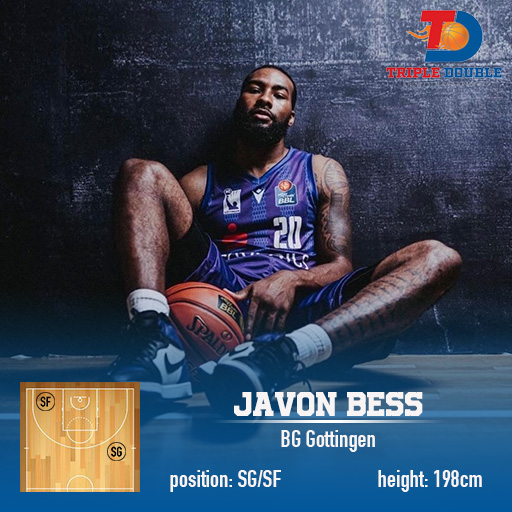 Javon is a 6’6 wing player who can play effectively as both a ball handler and an off-ball presence. He is an elite defender who can effectively switch onto four positions and smaller centers

Bess was A10 defensive player of the year, All-Defensive and All-Conference second team this past season and lead his Billikens on an unlikely run to a Conference championship and NCAA Tournament appearance.

Javon has been defined by his coaches and teammates as a gym rat. He is the first one into the gym and the last one to leave.

He knows what it takes to improve his game and refuses to take shortcuts.

He is one of the most interesting guards/forwards this season,playing for Gottingen,in one of the strongest Leagues in Europe,the German BBL!