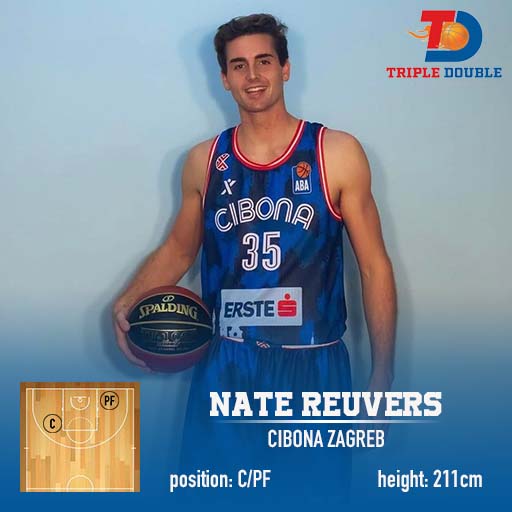 Nate Reuvers is the best shot blocker in the Wisconsin Badgers history!

There is no doubt that he is one of the best big men in the Big 10 Conference in the last few years!

The 6-foot-11 forward played in 124 games with 104 starts over four seasons for the Badgers. His high point came as a junior, when he averaged a team-high 13.1 points and earned third-team All-Big Ten honors on a team that won a share of the Big Ten regular-season title.

Nate is very versatile and smart player,and he also posseses natural size and a perimeter shooting.

He is a lethal three-point shooter with his feet set. Slips screens well to find space behind the arc.

He is effective rim protector both as a shot blocker and when contesting shots. Rarely gives up looks without putting a hand up.

Reuvers is a long but very skilled power forward. He runs the floor well and is an above the finisher. Reuvers has excellent touch in and around the lane and excels in pick and pop situations where he can knock down the open three and mid-range shot.

A great future is ahead of Nate Reuvers and we are excited to develop his talent and skills!

In summer 2021 Nate signed the contract with historic Croatian and European team Cibona Zagreb who is competing in the strong Adriatic League.