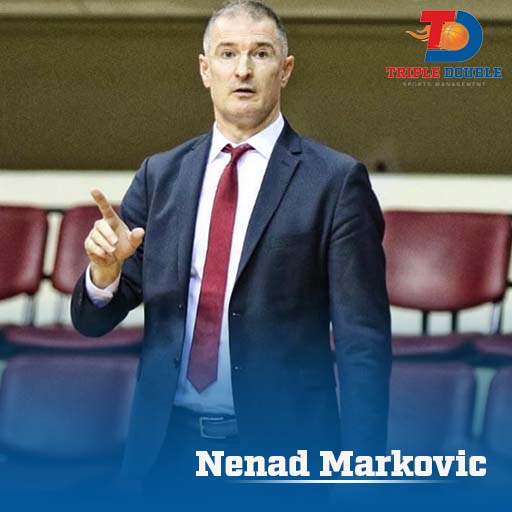 Nenad Markovic is a Top Class Coach and he holds the experience from working with professional senior teams in the strongest leagues in Europe.

He also has rich basketball experience gained as a player for numerous famous European clubs such as Limoges(1996–1999) Joventut,Olympiacos,Valencia.

He was also a member and a captain ofthe Bosnian National team (played in two Eurobasket competitions with National team – 1997 and 1999).

Nenad has been coached by some of the biggest coaching names in European basketball history.

He is a hardworking individual and he has committed character with a strong winning mentality.

He is fluent in English,Spanish,Serbianand Bosnian.

He is a high level coach who left his mark in all the teams and leagues that he was working.

His results are speaking for themselves.

Gaziantep – 5th place in the Turkish Championship –first win in the playoffs in teams history,first ever European competition(Basketball Champions league)

Some of the players that he coached and invented are now in Euroleaguesuch as Tonye Jekiri,ShaquilleMckissic,Corey Higgins….

Nenad signed the contract with one of the top and most important French teams JDA Dijon and he will lead his team in the French Championship and Basketball Champions League!