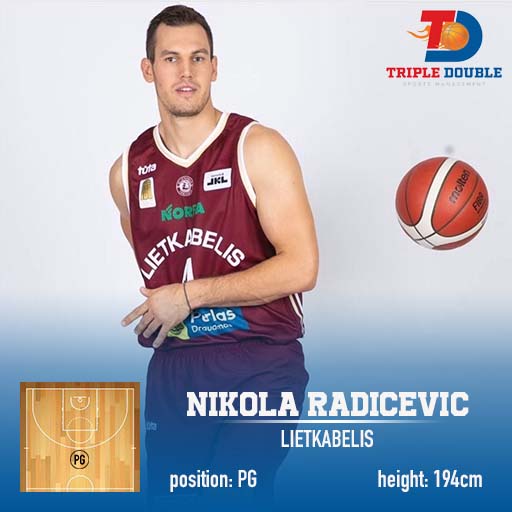 Nikola Radicevic is one of the most intriguing point guards with abilities to play at the highest possibile level.

The Serbian player was selected 57th in the second round of the NBA draft by the Denver Nuggets in 2015.

For the point guard position, he has great size at 6’5″ and 200 lbs., and he has a willingness to defend.Nikola is feisty and he is very competitive.

Bringing the ball up the floor, controlling tempo, and showing a knack for creating openings and delivering the ball in drive and kick situations as well as making the simple play, Radicevic’s passing is one of his best virtues.

He has a great court vision and good feel for making plays on the pick and roll.

Radicevic was also playing in Euroleague with Gran Canaria and Red Star Belgrade.

As a modern PG,he has many things to offer to any team.

He is known as a hardworking individual,the best years of his career are coming….

Nikola will play again in Eurocup in the season 2021/2022 as a starting point guard of the Lithuanian team Lietkabelis!