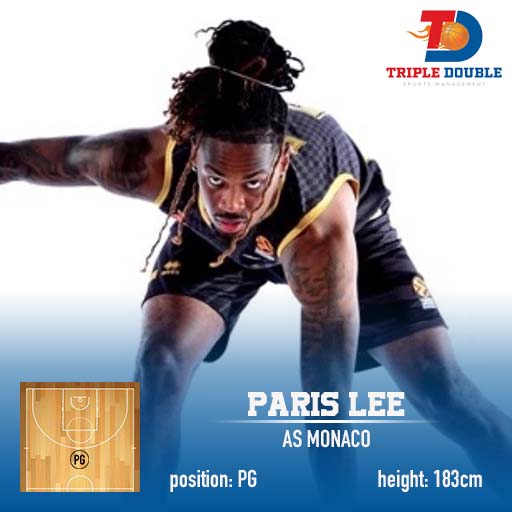 It sounds very simple and that is what Paris does the best – playing simple.

A complete PG, Paris is  enjoying his second year in Europe, with the Belgian Vice Champion-Telenet Antwerp Giants.

This season, Paris is one of the best point guards in the Fiba Champions League and is the revelation of the competition.

He is the floor general, who knows what to do on the court, at every moment of the game and is always in control.

Fantastic in defense, his great footwork helps him get the steals.

He is a very smart player, who is able to make solid plays on both ends of the floor.

After tremendous season, and winning the MVP award of the Belgian League, Paris signed with the German and European powerhouse Brose Bamberg.

In 2020 Paris signed with very ambitious French team Orleans Loiret and will be their starting PG.

After fantastic season with Orleans,
Paris signed in Euroleague with Eurocup winner AS MONACO!