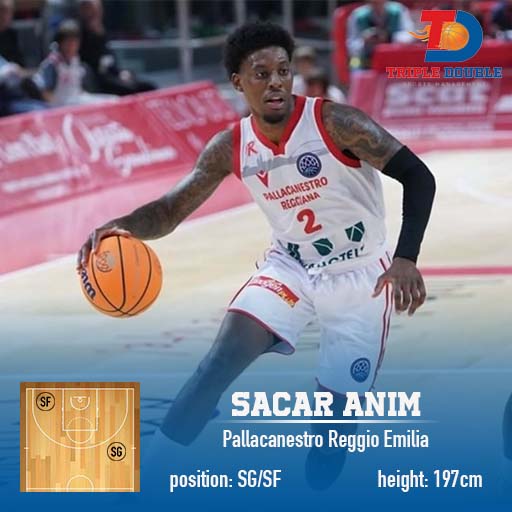 Sacar Anim has always been known for his great defense. While he hasn’t won Big East Player of the Year, he’s been Marquette’s best perimeter defender for the past few seasons, often guarding the other team’s best player. In his senior season,Anim has become more than a defensive anchor, he’s become a dynamic scoring threat.

He was averaging almost 14ppg 5rpg while shooting 40% from the 3-point line! He is one of two players to start all 30 games (finished career playing in 99-straight outings) Concluded the year ranked 15th in the BIG EAST in scoring (13.1 ppg.) and ninth in 3-point field goal percentage (.392) … Reached double figures in points on 20 occasions … Sacar was the team’s best defender largely on his work ethic. Good length & quickness for a guard, doesn’t let anyone get easy buckets on him.

He understands the system and plays to it. Big time hardworker. In season 2020/2021 he played for L.A Clippers G League team in G League bubble.

He is ready to show his offensive and defensive skills in Europe,and to prove why he was one of the best two-way players in NCAA. In summer 2021 Sacar signed with ambitious German team Medi Bayreuth and he will play in the strong German Championship and Fiba Europe Cup.

Sacar played amazing rookie year in one of the strongest Chanpionships in Europe and he finished the season as one of the best guards in the League!