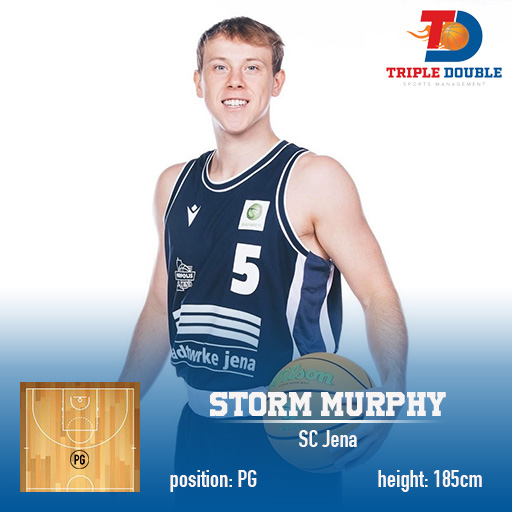 Murphy played four seasons at Wofford before transferring to Virginia Tech for his fifth and final year of college basketball. In his single season at Virginia Tech, Murphy started all 36 games, shooting 43.3 percent from the floor. He was named to the ACC All-Tournament Second Team and concluded his collegiate career with 1,603 points.

He was Virginia Tech’s leader in his super senior year!

He is a consistent floor general who can fill a variety of offensive roles. When needed, he can step up and hit big shots, particularly from the perimeter.

In addition, he is a crafty passer with a bevy of targets to assist.

Murphy is an extremely smart, well educated player and he is a definiton of a true PG!

He is a clutch player,a true leader,who likes to take responsibility in difficult moments of the game.

Storm Murphy started his professional career in Germany as he signed with an ambitious team SC Jena!