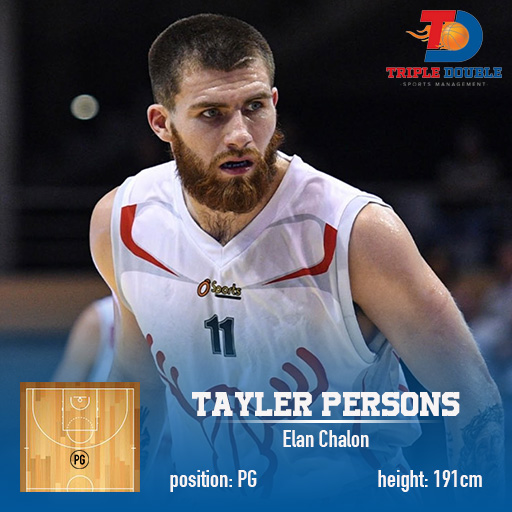 Tayler is a big versatile pointguard!

Persons was the first player ever for the Ball State Cardinals to finish his career with 1,000 points and 400 assists. He left the Cardinals as ninth leading scorer of all-time and third highest assists total.

There are not many PG-s around with his characteristics and versatility.

He is a true leader, clutch player who will always take responsibility for his team.

In his first season in Europe, Tayler drew a lot of attention.

As a rookie,he immediately left a deep impact, averaging an impressive 18.6ppg 8.1apg and 4.5rpg.

Persons is officialy the first scorer and the second passer of the competition!

Tayler has a bright future, since he is a hardworking player, who wants to improve on a daily basis.

In summer 2021 Tayler signed with ambitious Hungarian team Naturtex Szedeak and he will be their starting PG.

Tayler has finished the season as a leading scorer and a leading passer of the Hungarian Championship!